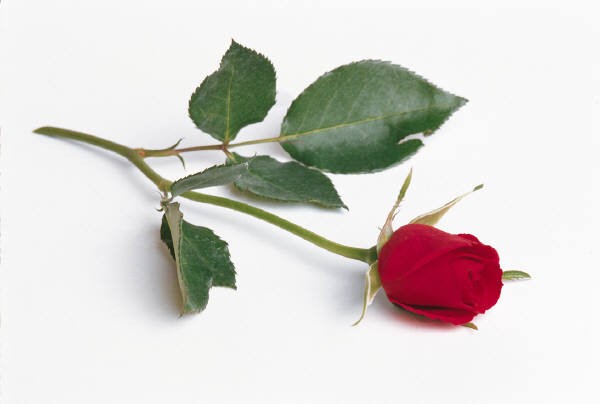 Life is a Business – Chapter 28

I watched as my father and mother sat quietly on what I thought was the “poor folks” wooden bench in the lobby of the old First National Bank in South Pittsburg (which is now City Hall).  Beside the front door, an ornate, tall grandfather clock’s brass pendulum swung slowly to and fro for what seemed hours as we looked down at the floor to avoid making eye contact with other customers.  People steadily came in and out, usually going to the teller windows to hand envelopes and bags with lots of money through the cage. After several far more important men strode in and walked right to welcoming bank officers, my parents were finally invited to go up on the mezzanine and sit in the low chairs looking up at the banker sitting across the huge walnut desk rocking back in his high back, tufted leather chair. “What can I do for you today?” rolled off of his silver tongue, past the pearly teeth, right after he cleared the last person’s paperwork away, then adjusted his tie and patted down the vest of a gray, pinstriped three piece suit. I sat quietly on the bench and studied him from the top of his combed over “Vitalis” hair all the way down to the cuffed slacks that were resting upon perhaps the shiniest pair of black Florsheim Wingtip Imperial shoes that I had ever seen…no, the first pair I had ever seen!

This 10 year old boy saw his parents sitting on the edge of their seats, leaning forward with hands out and heads down as they talked quietly to the banker. I was absorbing even the smallest details – sounds, smells, movements, looks on peoples’ faces, the little jars of suckers on the counter that I was forbidden to touch, the pencils they gave away, the clothes, the ceilings, the windows, moldings, the furnishings…everything. God was at Lou’s Chapel Methodist church out in Battle Creek each Sunday morning, but even He didn’t have a place this nice – what kind of higher power lives here? Whatever was said, I knew from the fallen shoulders of my parents, even before they turned around with crestfallen faces to do the walk of shame back down the stairs, that it wasn’t what they wanted to hear. My father’s massive hand upon my shoulder was trembling as he guided me out the door past the big clock and back to our old 1953 GMC pick up truck.

We sat silently for a few minutes as they collected themselves and Dad said: “Johnnie Bell, I don’t understand…they will only loan me money if I can show that I don’t need it…”, this was just one more hard life lesson burned into my heart at an early age.

Life is not fair, so how do you make it fair? How do you get money? Does it take money to make money? How would my parents have gotten a loan without having a CD to pledge as collateral? You mean these fine looking people are not here to “help” us? Oh, they are here to make more money for the bank by paying the people with deposits a little interest and loaning it back out at a lot higher rate to those people who can guarantee that the bank can’t lose a dime by having three to four times too much collateral pledged on a loan. I’m going back to this place someday and I’ll get some of their damn money!  I just had to wait for the right time to get in the game.

It happened the summer of my junior year in high school when I went to Chattanooga and got a job selling Kirby Vacuum Cleaners door to door. I was so good at it, they offered me a distributorship at 17 years old!

My Mother went with me, back to the same bank, to help me borrow $500 on a 90 day note to buy three Kirby’s, which I sold in less than a month. I paid the note off and had $1,000 profit, which I put in a savings account at the bank. I got in the game that day and 46 years later, I owe banks millions of dollars in loans for productive personal and business assets…I figured out that a poor boy has to learn how to borrow smart money to get ahead in life…you can’t wait on just saving your pennies for prosperity.

They would not loan me money on an “idea”, but they would loan money on a car, house or real estate. I still have the little brown amortization book that I kept with me night and day to figure out how much the payments would be on a piece of property and how much I could make reselling it at a higher rate. I would buy rental houses, remodel them myself, then, I would sell them on “contract sales” to good couples that had gone through bankruptcy. I made a fair profit and they got a chance to rebuild their credit and have a normal home life for their families. Over and over again, I plowed my gains into land until we were able to acquire property at the I-24 exchange, which was the highest dollar property around. My brother and I kept our day jobs and developed both subdivisions and commercial properties. We met our obligations faithfully and one day, I realized that my track record for integrity and performance had earned me the right to borrow more money that I wanted to borrow- my very life’s experiences had become collateral. This grinding, 40 year odyssey is important to understand, for it is the only reason I was able to put together the financial package of SBA and bank loans to start a manufacturing company without any customers in hand in 2006.

It’s not the steeple, it’s the foundation that holds the building up.

You will get muddy, but the time and effort spent in the ditch is where things of great and lasting value come from. If it were easy, everybody would be successful. Show me your hands and your old shoes, for they tell your life’s story.  There is at least one well known, respected businessman/politician in Chattanooga who once had calloused hands and muddy work boots that he turned into dark pinstriped, tailored suits and shiny black, wing tipped shoes…all through hard work, along with the ability to play the institutional money game. Like a lot of big risk takers, we all had to figure out what/who the bankers are looking for to loan money on, then go package ourselves and our plans in order to convince them of both our abilities to execute a plan successfully, then the integrity to return the money within terms, along with interest to their shareholders.

Show the banker that you are a good steward of money and the banker will support your personal and business efforts. Don’t be mad at the banker if you have not earned the right to borrow his depositors’ hard earned money. His job is not to be your “buddy”, but your partner in success…if he/she can avoid risk. They are not a casino and have no desire to gamble like most entrepreneurs.

Word to the Wise: your banker will be your best friend until the morning he wakes up and is not your friend… he is there to protect the financial interests of the bank…not you…that’s your job. Don’t blame the banker because you can’t fulfill your promises made across his desk to get the money!